No it is not a movie review. I will not tell you that the movie could have been better and that I expected more from it. Rather I will tell you how it rhymes with my thinking, something that I have been meaning to share with everyone around me, something that this movie tells so beautifully in the few minutes of the court verdict, which sums up the whole agenda or motive behind making this movie. While every Bollywood movie is busy emphasising Muslims in bleakness, Mulk movie which dares look at the other side of the coin. Here are Five Lessons To Take Home After Watching Mulk Movie. 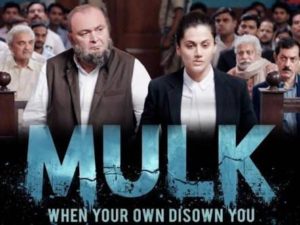 #1: Jihad is not war. No religion including Islam teaches it’s followers to kill or destroy. That goes against the whole constitution of any religion. It is the ingrained fundamental basis of every religion to spread love and harmony. Jihad is the most infamous and widely misunderstood word. It is not war but a struggle. A struggle to uphold the honour and dignity of one’s faith. Struggle can have many forms, but have been confused with only killing, by Muslims and Non-Muslims alike. When you struggle to save something from getting damaged or destroyed, you don’t necessarily opt for killing. For now, the best way to defend the dignity of any religion is to outshine ourselves, to progress in life and to keep being responsible and respectable citizens of India. 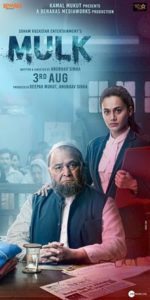 #3: Islam too needs amendments. When our constitution get amended everytime, doesn’t that signify that a religion too needs amendments? Muslims need to come forward to accept the changes for the better.Simple tweaks here and there will ensure a harmonious relationship with other communities. Though it seems too bitter a pill to swallow and it translates into swallowing the pride too. Muslims need to come forward to educate their children to inculcate the thoughts of religious harmony in the minds of their children. They need to stop thinking themselves that they are the victims just because they couldn’t get a job or go ahead in life. Life gives everyone a fair chance and if they are educated and talented, their religion will surely not come on their way of success.

#4: Parents keep a watch. It is not only for Muslims but for every parent. If you have given birth to a child, you are responsible for him till the last day of your life. Be a vigilant parent. Have full knowledge about your child’s friend circles, look out for any new friends who are not known to you, know them and their background. Be aware of who your child gets influenced by: Is his or her relatives filling his/her mind with anti-national thoughts? Is the new maid talking too much about religious impartiality? Get to know about it and snip the thoughts in the budding state itself. Check what your child browses on internet, have full knowledge about the new gadgets that they buy, etc. Is there a behavioral change suddenly? Are they requiring more money all of a sudden? Do they seem to have more money than you gave them? You should always keep your eyes open. After watching Mulk movie, you will realise that sometimes being oblivious to a child’s actions and what is happening in his life can lead to havoc. 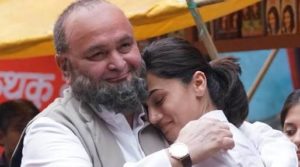 These are the Five Lessons To Take Home After Watching Mulk Movie. I was greatly touched by the movie. Though not a perfect movie but it did attempt to deliver many valid points and dared to look beyond stereotypes in the minds of the people in India. Sadly, through the chain of events, Muslims are being seen in the wrong light but we must understand that there is a word in the dictionary that spells far greater than religion and distinction and that is ‘humanity’. We need to embrace this words and understand that we all are humans before we belong to any religion, caste or creed.

Disclaimer: This is to inform readers that the views, thoughts, and opinions expressed in the text belong solely to the author, and not necessarily to the any organization, committee or other group or individual.

August 4, 2018
social 1 comment admin
← Should Regional Language Be Allowed In Offices? When Everyone Has An Opinion →