The quintessential silence is a thing of the past. we are living in a world where everyone has an opinion. Not that people didn’t have an opinion back in the good old days but the reach of their voice was limited. They could only be heard by people around them, take for example people at home, people at work and a few here and there. But now the opinions are seeping their way into global arena. Now people have a global audience to be heard by. The whole world is taking and listening at the same time. With technology at our fingertips, it has become all the more the easy to voice our opinions. So what really happens when the whole world is talking at the same time? 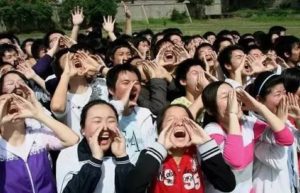 Isn’t it getting a tad too noisy here? Yes it is. People have started keeping a very keen eye on everything and a world of information is available to them. This has two dimensional result.

One, the first outcome of everyone voicing their opinions is that each person gets his or her voice. There was a time when common person could do nothing but accept what was thrusted upon them. Now there is a voice to everyone. The world is listening. Everyone has the opportunity to garner an audience in the form of followers on social media platforms. There are also trending hashtags which throw light on many issues. 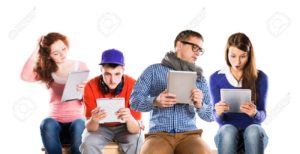 Two, the second outcome is that we have become quite a disagreeable bunch of grumpy people. Rather than spreading love and positivity, there is an evident tendency to speak negatively about anything and everything. This has given rise to the new-age tribe of creeps called ‘trolls’. They have a negative opinion about anything a person says or does. They closely scrutinize every detail of anything that is posted on social media.

Did you know that people are hired to form a certain positive image about something or even tarnish the image? These take the form of influencers or trolls. This helps in forming a public opinion. Public opinion is a very powerful weapon, in fact it is an invaluable weapon or the only weapon which public has. Through social media this weapon is falling into wrong hands and that is a very dangerous thing.

So how does one not fall into the trap of the paid social media influencers? In the sea of opinions, one should be careful as to whose opinion one is taking into account. With every opinion going global, you should be sure that the influence is coming from a trustworthy source. Following social media influencers or even paying heed to a single opinion posted online is like listening to a politician, you have to decide whom to trust and what to ignore.

August 16, 2018
social No comments admin
← Five Lessons To Take Home After Watching Mulk Movie How They Read You : The World And You. →