When the sky bleeds by Ashna Khan is a latest addition to the Indian fiction category. The author, Ashna Khan, spins a tale of love, sacrifice, struggle, courage, poverty, betrayal and revenge; and also, keeps the reader guessing till the end. It’s a family drama, a love story, an inspiring tale, a riveting thriller, a heart-touching plot…all rolled into one. It’s a roller coaster ride of emotions and thrills. 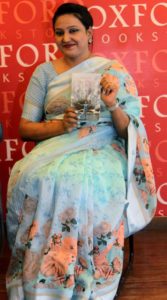 Here’s a collection of reviews by readers on some of the websites.

“It is quite ironic how when the sky bleeds has a protagonist at the core whose name is Bhoomi, meaning the earth. Ashna Khan blends in a tale of love, sacrifice and human emotions under the cast of dominating men and selfish relatives as suggested in the blurb. The story is slow initially, but once it picks up pace and starts going places, it becomes much more enchanting.” Ishika Hota, on goodreads.com

“Descriptive and realistic plot very well blended into a story of love, hatred, revenge, and sacrifice with multidimensional characters each portrayed very well. Presence of many characters did not spoil the charm because they were well balanced. The terse writing style and powerful narration help the reader hooked until the end.” Nikita Ranga, on amazon.in

A reviewer on flipkart.com comments ….“It’s a well written story. Importance of education of women is emphasized well. Love of a mother for her kids is heart-warming. Pace picks up and gets racy towards end. Characters are realistic and are like people around us. It’s a must read for every woman as well as man.” 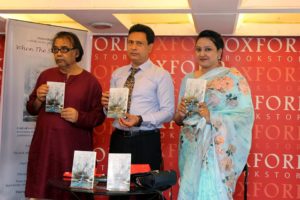 You can pick your copy from amazon.in, flipkart.com and bookscamel.

July 11, 2017
Literary social No comments Copywriter
← When The Sky Bleeds Launch Do We Really Grow Up? →