It never used to bother me back in my native city, Kolkata. People around me or at work place spoke their much coveted language, Bengali. There was always a scope for that legendary Adda and it used to reverberate with laughs on Bengali jokes in regional language. I didn’t mind it back then. Perhaps because, though lame at speaking the language, I could still understand the meaning and join the laughs. Though it did irk me back then if anyone asked me any question in Bengali but the awkwardness wasn’t too overpowering because I could anyhow answer in hindi and the other person would understand, hence making peace with it. 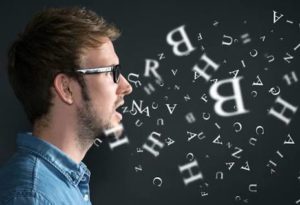 But it annoys me now and I mind it big time! Having shifted to Hyderabad since almost two years and failing at my continuous effect to make sense out of Telegu language, I feel irritated. More so, when my colleagues break out into laughter while talking in Telegu and I find myself sitting like an idiot, unable to comprehend even a single word out of it. My mind starts questioning me: Were they laughing at me? Did something I wear or something I spoke which seems funny to them? And the panicking starts. Every conversation of my colleagues in regional language seems to be aimed at me, even though they are discussing the upcoming show of Big Boss! I sit there stupefied. 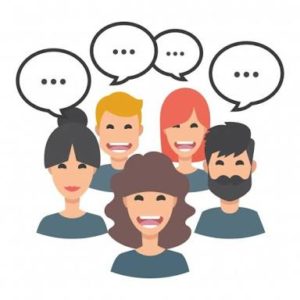 This brings me to a point: Should regional language be allowed in office? Though I agree that nothing can beat the relish of speaking in our mother tongue, official places should be made into only Hindi or only English zones. It is not about a particular region or language. A person born and brought up in South is sure to feel the same if he is working in a city like Kolkata and his colleagues feel free to use thier mother tongue. Though total language is still not possible, especially for rural people, Urban people can atleast take the initiative to embrace our national language at least in offices so that the other mere mortals don’t feel left out.
It was tolerable till a few years back where people travelled lesser, relocated sparingly and there was little inter-cultural mixing. But now as every person is no less than a global citizen and everyone is striving to reach the skies, we can’t be chained to the shackles of our regional barriers. We have to think beyond that, we have to expand our horizons. 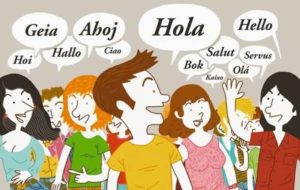 It is about shrugging off the inconveniences, about linguistic equality and about embracing our national language rather than our regional language. What do you think? Agree or disagree? Comment and let me know.

1 Reply to “Should Regional Language Be Allowed In Offices?”